Episode Nine of It’s A Mind Field! explores Aboriginal mental health and suicide.  Research shows that Indigenous people in Australia are twice as likely to die by suicide than non-Indigenous Australians. The suicide rate of Indigenous Australian children is amongst the highest in the world and Aboriginal and Torres Strait Islanders aged between 15 and 24 are almost four times more likely to commit suicide than non-Indigenous people of the same age.

*This episode has a significant focus on suicide. If you need to talk to someone, please visit the Mindframe website where you will find a list of contacts.

Dr Tracy Westerman AM is a proud Nyamal woman from the Pilbara region of Western Australia. She holds a Post Graduate Diploma in Psychology, a Master’s Degree in Clinical Psychology and Doctor of Philosophy (Clinical Psychology). She is a recognised world leader in Aboriginal mental health, cultural competency and suicide prevention achieving national and international recognition for her work. In 2021 she was given an Order of Australia (AM), and was named Australian of the Year (Western Australia) in 2018. Dr Tracy Westerman AM is also the founder of the Westerman Jilya Institute, an organisation that advances, supports and mentors Indigenous psychologists for Australia’s highest risk communities.
__________

Andrew Thorpe is a Gunnai and Gunditjmara man living on Boonwurrung country. He is a proud father of two girls who rediscovered his love of running in 2020, after the suicide of a close friend in 2019. In the last year, Andrew has run 255km for the Black Dog Institute’s One Foot Forward campaign. He also ran his first marathon for the Indigenous Marathon Project.  Andrew Thorpe is also an important voice in lessening stigma around mental health struggles in the construction industry.

This episode has a significant focus on suicide. If you need to talk to someone, you can find contact information below or please visit the Mindframe website. 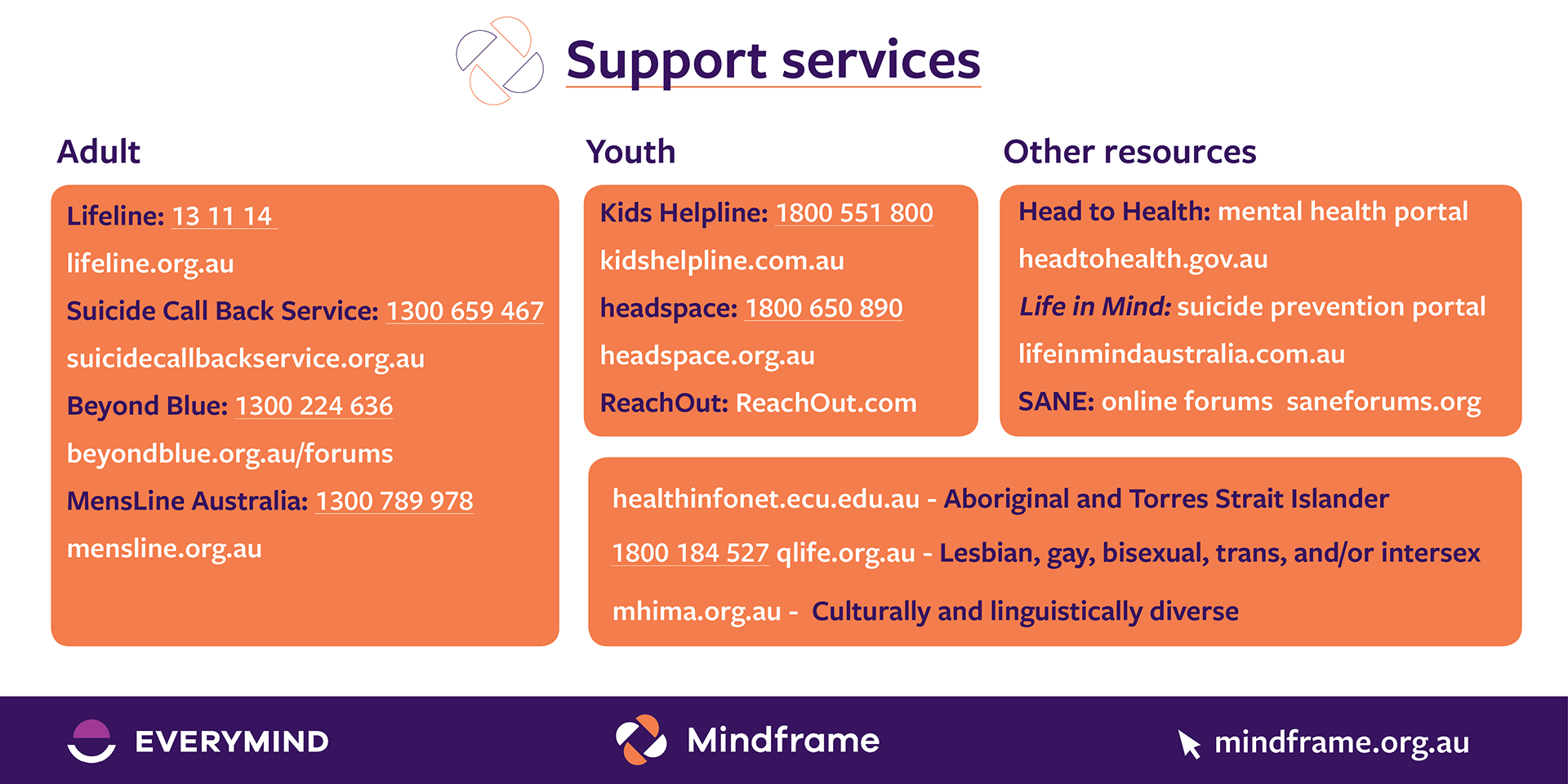 This podcast includes discussion around topics such as depression, stigma and suicide. We acknowledge that this content may be difficult. We also encourage you to care for your safety and well-being.

By continuing to browse the site you are agreeing to our use of cookies.